Enzymes are proteins produced by all living organisms.  They are biological catalysts which are responsible for all chemical reactions in nature.  When your body wants to transform food such as starch in bread or pasta into energy enzymes are used to convert the starch to simple sugars which can be used by your cells.  Enzymes are efficient, and specific performing typically only one defined reaction over and over again.  The fact that they come from nature means that they act at moderate pH and temperature conditions which make them sustainable alternatives to chemical processing in the food industry.

Enzymes have been used in food production for thousands of years.  Our early ancestors discovered that cows stomach could turn milk into cheese.  Today, we use enzymes in the manufacture of everything from bread, wine, beer, juice and dairy processing and much more besides.  Enzymes are a natural way to keep bread softer for longer, they enable us to use local grains like cassava to make beer and make dairy products suitable for those with lactose intolerance.

How Can Enzymes be Used for Nutrition & Health?

Lactose, the sugar found in dairy products, can cause problems like bloating and other gastrointestinal discomforts in people with lactose intolerance. Lactose intolerance affects a significant amount of people worldwide, especially in places where dairy farming is not common. The incidence of lactose intolerance can be as high as 75% of the population in these areas.

Did you know that using lactase can also help with reducing added sugar, though? The breakdown of the lactose sugar molecule gives glucose and galactose.  These sugars have a greater relative sweetness than lactose meaning that lactose free or low-lactose products that have been made with the lactase enzyme are sweeter in taste than those not treated with lactase.  In the food industry this can allow dairy products like yoghurt to be made with a reduced amount of added sugar but with the same taste profile.

It is recommended by the world health organisation that infants be exclusively breastfed for the first 6 months of life so as to give the infant the greatest chance of achieving optimal growth, development and health, but for cases where this is not realistic or possible, infant formula is required. Some infants have a hard time digesting certain types of formula, but enzymes can help in a few ways.

Comfort infant formulas are made with partially hydrolysed milk proteins which are marketed as “easier to digest” infant formula made from cows milk.  These formulas can be produced using natural enzymes, called proteases, which target proteins and are derived from animal, plant or microbial sources.  Hydrolysis of milk proteins by proteases results in the formation of smaller peptides which are reported to be more readily digested than intact proteins.  In particular, parents of infants suffering from conditions such as colic, cite the use of comfort protein as reducing the severity of symptoms.

Most common IMFs use cow’s milk as a base, but a small percentage of infants are born with cow’s milk protein allergy (CMPA).  Formulas sold to address this condition can be divided into two types – those which are extensively hydrolysed (peptide-based) and those which are amino acid based. Extensively hydrolysed proteins for this application are produced via enzymatic hydrolysis where the protease enzyme extensively breaks down the structure of the whey and/or casein protein to smaller peptides.

From the American Academy of Family Physicians:

Enzymes are important for capitalizing on the plant-based trend

The market for nutritional beverage is growing and cereal based beverages such as Horlicks, Bournvita, etc. have traditionally been very popular in certain markets. The plant-based beverage market has continued to grow with milk-alternatives like soy or oat milk.

Enzymes are often used to help make these beverages more acceptable to consumers. For example, plant-based beverages like oat or rice milk can have poor emulsion stability, meaning products might separate out over their shelf life instead of remaining a consistent mixture. Enzymes like amylase can help improve stability of the product. Much like lactase, amylase can also reduce the need for added sugar because the products of starch hydrolysis are sweeter than the starch itself.

If high viscosity is caused by high molecular weight (Mw) beta-glucan, as in the case of a beverage like oat milk, beta-glucanase can be used to make an easier to process, less viscous product. However, since beta-glucan is the fiber associated with health benefits in oats, cleaving beta glucan with an enzyme would likely reduce the potential health benefit. If health benefits and fiber content are a focus, beta glucanase may not be the best solution.

With the rise in demand for plant-based proteins, there has been an increased demand for inexpensive plant-derived protein hydrolysates, owing to their significant potential in nutritional applications. Hydrolysed plant protein (HPP) is most commonly produced via the enzymatic hydrolysis of a plant protein source such as soy, wheat, rice, sunflower, potato and alternative pulse proteins, and are used in a wide variety of food applications such as protein fortified bars and beverages. Protease enzymes are most commonly used in the production of HPPs and under controlled conditions are used maximise protein yields from different plant sources and also to improve taste and sensory attributes.

From a commercial standpoint, plant proteins maintain unique taste attributes, and today’s HPP products are synonymous with bitter, unpleasant tastes often attributed to a high concentration of hydrophobic free amino-acids, smaller peptides and volatile compounds in the HPP mixture. Enzymatic hydrolysis, both pre- and post-hydrolysis can help to significantly improve these undesirable sensory properties of HPPs. 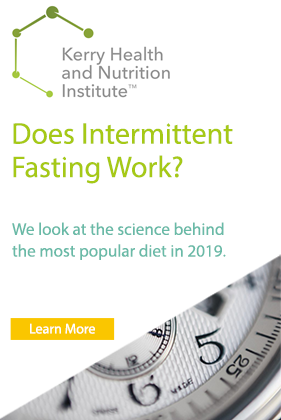 ‘Why is Lecithin in my Food?’ An Overview of…