Nutrition and the Brain – Summarizing the Science on Cognition and Memory

Improving our day to day ability to focus, complete mental tasks, and have a healthy memory are the main drivers behind a growing consumer interest in solutions to support cognitive and brain health. 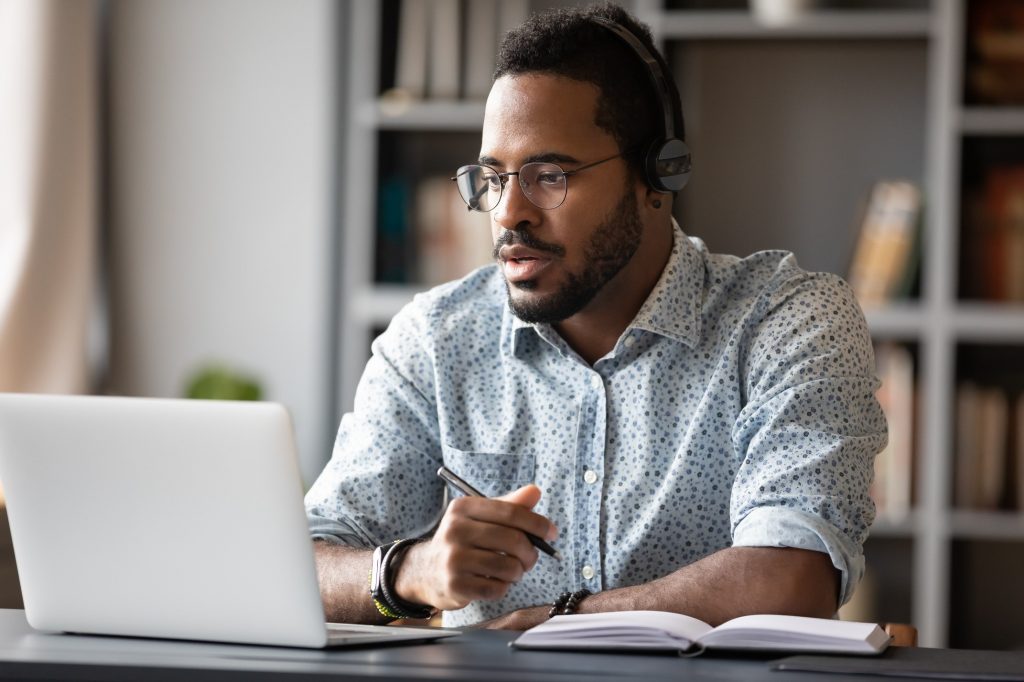 Scientifically, we can take learnings from work done on the role of nutrition in preventing cognitive impairment and dementia to get an idea of how different nutrients work to support brain health. The number of people aged 65 or older is projected to grow from an estimated 524 million back in 2010 to nearly 1.5 billion in 2050, with most of the increase in developing countries. Along with the increasing aging population has been an increase in the prevalence of age-related cognitive decline and disease states such as Alzheimer’s disease and Parkinson’s disease. Many of us expect our bodies to lose some functionality as we age (though try our best to offset it!) however the one part of us that we all want to maintain as we get older is our brain.

Dementia is a broad term to describe a diminished ability to remember, think, or make decisions

Dementia is a progressive debilitating cognitive disease that mainly affects older people, with loss of memory, language problems, difficulties in performing activities of daily living and psychological changes the predominant symptoms (Burns and Iliffe, 2009). Alzheimer’s disease is the most recurrent type of dementia. In 2014, there were approximately 5 million individuals aged ≥65 years diagnosed with dementia, it is expected that by 2060 there will be nearly 15 million individuals diagnosed with dementia. Dementia is amongst the most disabling and intense long-term diseases.

Vitamins and Minerals for Brain Health 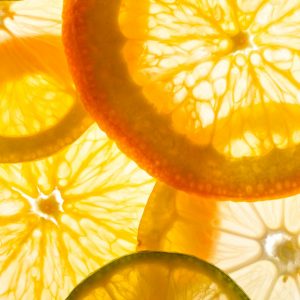 The vitamins and minerals most commonly researched for cognitive health include those listed below. Research on how effective these nutrients are is inconsistent so far.

Antioxidant vitamins show some potential, but research is still emerging

These hypotheses about possible mechanisms are based largely on preclinical studies and on observations of associations between elevated homocysteine levels or elevated markers of oxidative stress and cognitive decline or dementia. To try to determine if  vitamin and mineral supplementation may be effective, in 2018 a meta-analysis (pooling of data from a number of different studies) investigated whether there was any effect of any vitamin or mineral supplement in people aged 40 years and over on cognition (Rutjes et al., 2018). The authors grouped the 28 included trials according to the kind of supplement the study used and how it might work.  In their analyses there were 14 trials of B vitamins (folic acid, vitamin B6, vitamin B12) with nearly 28,000 participants, mainly in their 60s and 70s. The authors found no evidence that B vitamins had any effect on cognition.

There were 8 trials of antioxidant vitamins (beta-carotene/vitamin A, vitamin C, vitamin E) with approximately 47,000 participants. The results from these trials were mixed. There was some evidence of better overall cognitive function after an average of 18 years taking beta-carotene and after five years to 10 years taking vitamin C, but no effects after shorter periods of treatment. There were also small benefits of beta-carotene, vitamin C, and antioxidant combinations on memory at some time points but not others. There was no evidence of any benefits from vitamin E alone.

There was a small trial of vitamin D supplements which found they probably had no effect on cognition over six months. There were longer trials of vitamin D with calcium (one trial), zinc and copper (one trial), and complex multivitamins (three trials). All lasted between five and 10 years, but none of them found any evidence of beneficial effects on cognition.

One trial found no effect of selenium taken for approximately five years on the risk of developing dementia.

Overall, this most recent summary suggests that there is no clear evidence that for middle-aged or older people supplementation of vitamins and minerals can preserve cognitive function or prevent dementia. There were a few positive results associated with long-term use of antioxidant vitamins, particularly beta-carotene and vitamin C, although the effects were small. Further research into the effects of these vitamins may be worthwhile. It may also be worth considering the impact that earlier intervention may have on long term cognitive function. 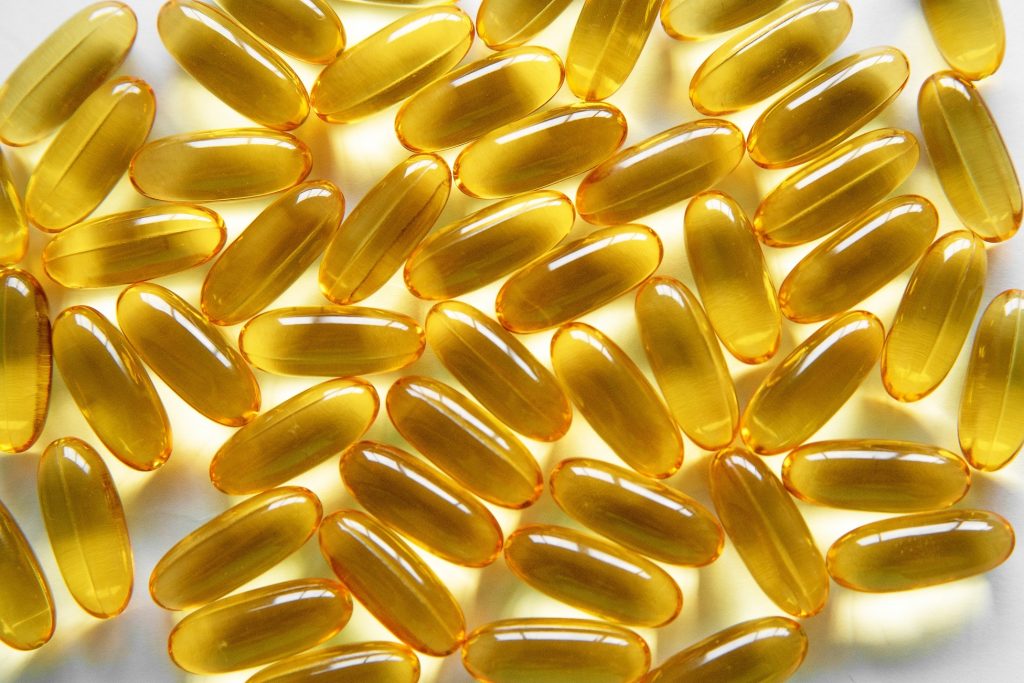 Omega-3 fatty acids have been suggested to be important for cognitive health given that they are a major structural component of brain tissue, their antioxidant properties and also their importance in reducing the risk of vascular complications (Ammann et al., 2013). Indeed, reduced levels of omega-3 fatty acids have been identified in areas of the aged brain that are important for cognitive function (Joseph et al., 2009). DHA is an important component of neuronal membranes and both EPA and DHA have been shown to play a protective role in preventing cognitive impairment by enhancing neuronal function and decreasing inflammation, oxidation and cell death. Patients suffering from Alzheimer’s disease have decreased levels of serum, brain and neuronal DHA compared to healthy controls (Robinson et al., 2010).

The exact role of the omega-3 fatty acids in cognitive health remains unclear but potentially DHA has a role in neuronal transmission, brain glucose uptake and learning and memory, and ALA and EPA may provide a limited amount of substrate for conversion to DHA as well as complementary roles in ketogenesis and supplying energy to the brain (Freemantle et al., 2006). Further potential roles of DHA in relation to reducing the risk of dementia are summarised in a review by Cole et al. (2009), who also highlight that the effects of DHA may require adequate amounts of accompanying antioxidants such as Vitamin E and C.

Polyphenols are a group of biologically active compounds found ubiquitously in plants. They are comprised of four main groups: phenolic acids, flavonoids, stilbenes and lignans and found abundantly in foods such as fruits and vegetables, and also from sources such as dark chocolate, tea and wine.

There is increasing evidence that flavonoids can help maintain cognitive function during aging and delay the initiation or slow the rate of progression of Alzheimer’s disease.

The role of berry-derived flavonoids in preventing cognitive decline is a new area of research that shows promising results. Preclinical studies have shown that flavonoids may play a role in cognition by protecting vulnerable neurons, enhancing existing neuronal function, stimulating neuronal regeneration, and inducing neurogenesis (Williams & Spencer, 2012). Animal studies have provided the majority of current evidence associating a link between consumption of flavonoids and improved cognition.  A study by Joseph et al. (2003) demonstrated that blueberry-fed mice susceptible to cognitive decline showed no deficits in maze navigation compared to mice fed a control diet.

Another study by Dai et al. (2006) found that fruit and vegetable consumption was associated with a decreased risk of Alzheimer’s disease and this association could not be explained by the Vitamin E, C, or beta-carotene content of the juices, suggesting that other compounds such as flavonoids may be the factor. Interestingly, this association was stronger for carriers of the Apo epsilon 4 (ApoE4) allele. It appears that observational studies have not targeted berry derived flavonoids, so it is unclear whether this association between flavonoids and improvements in cognition is specific to flavonoids from this food source.

A review by Macready et al. (2009) examined randomised controlled trials that have investigated whether flavonoid consumption improves cognitive performance. Nine of the 15 studies sourced in their review reported significant improvements in cognitive performance as a function of flavonoid supplementation compared to a control group. They concluded that while significant benefits in cognition have been reported in the majority of studies, there is little consistency across studies in terms of the cognitive domains studied and studies are often not adequately powered to detect differences, highlighting the need for additional well-designed studies before a clear link between flavonoids and cognitive health can be made. No studies in the review specifically focused on berry derived flavonoids.

However, since the review was published, a study by Krikorian et al. (2010) investigated the effects of daily consumption of wild blueberry juice in a sample of nine older adults (five men and four women) with early memory changes and found improved paired associative learning and word list recall after 12 weeks of supplementation.

A combination of animal and observational studies suggest that flavonoids might be effective at preventing age-related declines in neurocognitive performance. However, at present a direct association between flavonoid consumption and improvement in neurological health has not been made.

The prevalence of cognitive disorders is increasing with the growth of the older adult population. In the absence of effective treatment, it is essential to identify preventative approaches.  Modifications to the diet could provide the key to maintaining cognitive function as we age. Cognition and memory can be difficult to study, which means that it can be hard to compare results between studies to make a consensus scientific opinion on the effectiveness of certain nutrients. To establish whether omega-3 fatty acids or flavonoids may have a direct effect on brain health, randomized controlled trials are required. If successful, fortification or enhancement of foods with key nutrients could provide the answer to enable us all to age gracefully.