What are the differences between the Keto diet (low-carbohydrate, high-fat (LCHF)), and a traditional diet (high-carbohydrate, low-fat (HCLF))?

The LCHF diet is not a new invention – the Atkins diet was previously highly popular using a similar concept. However, with its highly promoted claims relating to its effect on weight loss and other health benefits, it has increased in popularity once again, especially in the athletic community (Burke, 2015; Chang et al, 2017; O’ Neal et al, 2019; Thomas, 2019).

So, does this mean that LCHF diets are the way forward for our endurance-based athletes? Not exactly – there is no one size fits all answer because an athlete’s diet is influenced by many factors.  The sport performed, training frequency, personal food preference, food allergies and intolerances and whether the athlete is on or off season in their training cycle all impact their nutritional needs.  The purpose of this article is to provide some clarity by taking an evidence-based approach to the question and analysing best practice for an endurance athlete.

Type of exercise determines which fuel our bodies use 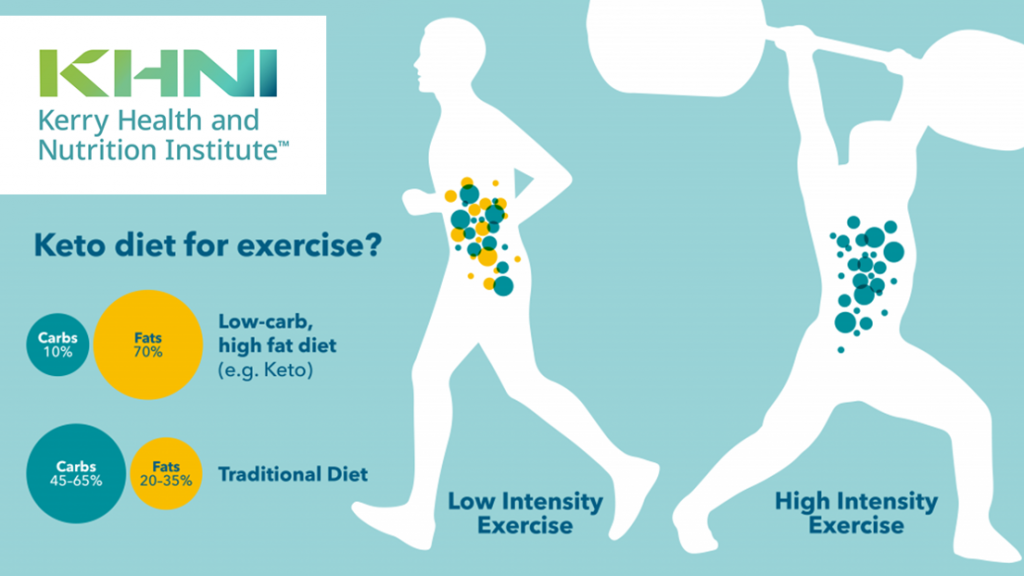 During exercise, the body uses a variety of fuel sources i.e. carbohydrate or fats. The type of fuel used depends on the duration and intensity of the session. Low intensity sessions (such as an easy paced 30-60-minute leisure walk or run) are predominantly aerobically based during which the body would use a combination of both carbohydrates and fats. During higher intensity sessions (such as shuttle runs or hill sprints when breathing is difficult, and an athlete is working at or close to their maximum capacity) the body will use carbohydrate as its preferred source for fuel. The fuel used in moderate intensity exercise sessions is individual and is determined by the athlete’s adaptations from their aerobic training over time. This is because one becomes better at oxidising (using) fats for energy via training and can therefore rely less on carbohydrates during moderate intensity exercise sessions (team field sports, for example).

Low carbohydrate diets are not ideal for high intensity exercise, but could they work for endurance exercise?

Current research (Burke, 2015; Burke et al., 2017) suggests that LCHF dietary intake may have a significant negative effect on performance output once the intensity of the activity increases (i.e. sprinting, or hard, short bursts). Conversely, LCHF diets have been shown to help reduce an endurance athlete’s response to fatigue at a low intensity– what this means is that the athlete would be able to run for longer at a suboptimal pace, indicating a potential benefit to the endurance athlete. However, just “going” is not the goal of any athlete looking to achieve optimal performance hence the need to determine a diet that will also increase performance. 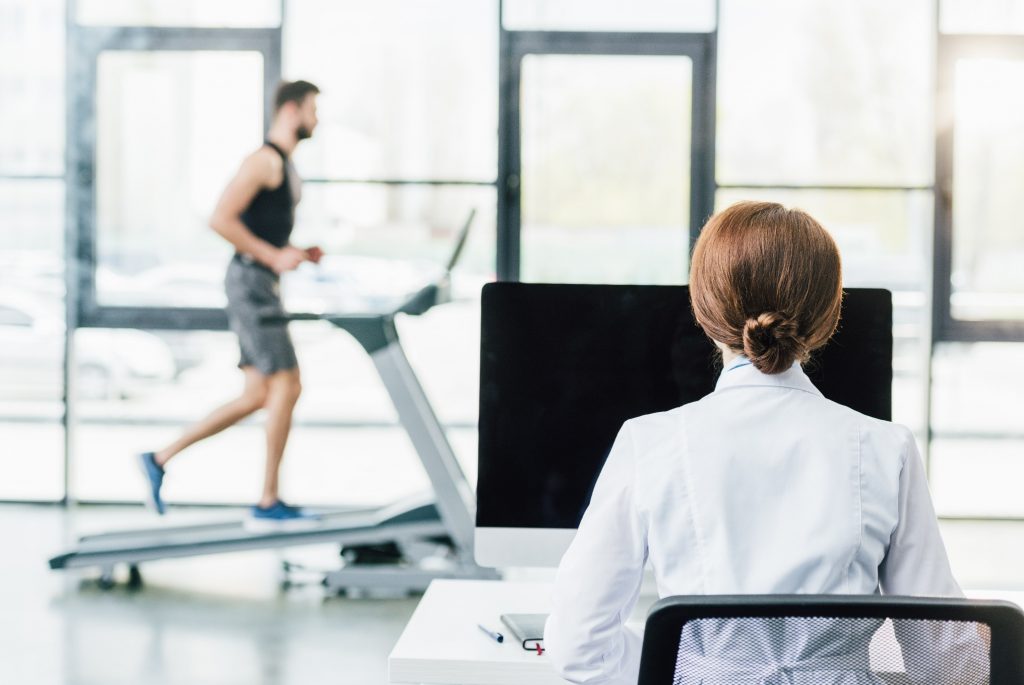 There were three diet groups;

The research found that there were no benefits to performance in the low carbohydrate diet consumed by group 3. In fact, performance levels were not seen to improve in the LCHF group despite preforming 3 weeks of intensified training, in comparison to the athletes assigned to the other dietary patterns who all demonstrated significant performance improvements after the 3 weeks of intensified training. It was also found that there was an increased need for more oxygen to perform the same amount of work when an athlete is fuelled on LCHF. Interestingly, an improvement in performance was achieved by the carbohydrate groups (diets 1 and 2). Earlier research by Burke et al. (2015) also found that cycling and sprinting performance was reduced when the athlete consumed a LCHF diet.

A study by Lambert et al. (1994) did show that a LCHF dietary intake may be effective in endurance athletes. Five endurance trained elite cyclists were required to consume, in random order, a HCLF diet (high carbohydrate (74%) and low fat (12%)) or a LCHF diet (high fat (67%) and low carbohydrate (7%)) for a two-week period. For training output, they were required to exercise to exhaustion at 60% of their VO2max (their maximum aerobic exercise capacity). The participants prescribed the LCHF doubled their time to exhaustion in moderate intensity exercise – 60% of their VO2 max, which was longer in comparison to the HCLF diet. In other words, they were able to keep going for longer on the LCHF dietary protocol. These studies support the concept that LCHF diets may enable athletes to keep going for longer but only at lower intensities.

Why don’t all studies show improvements in endurance performance on a LCHF diet? 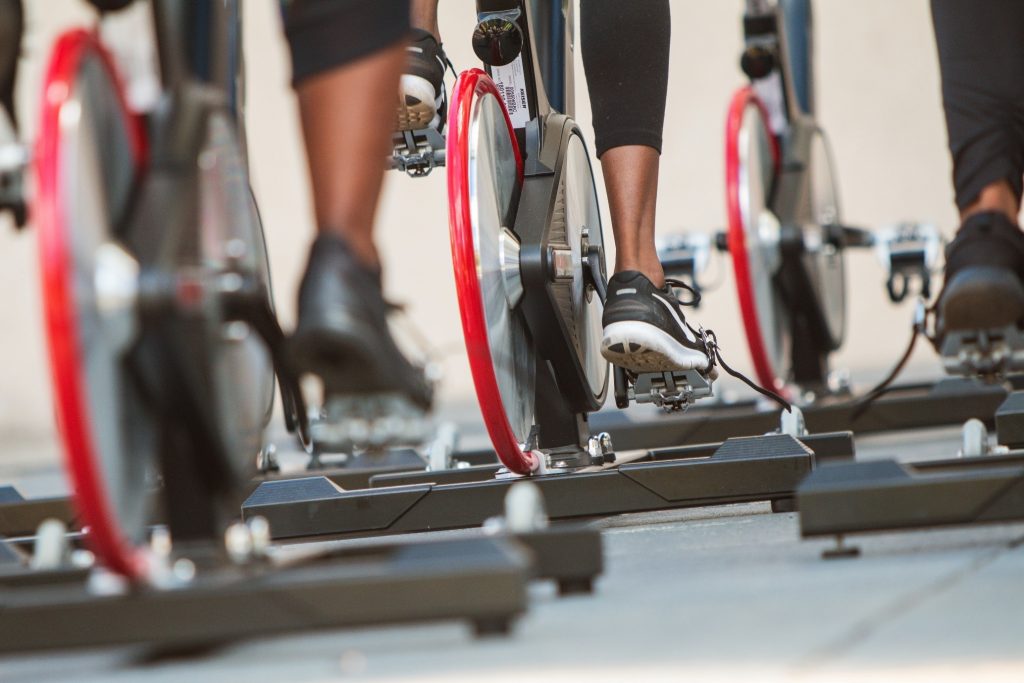 The main purpose and theory behind the use of LCHF diets in endurance activities is that this style of dietary management would allow an endurance athlete to alter the type of fuel (carbohydrates or fats) that they rely on during exercising. In theory, improving an athlete’s ability to utilize fat during exercise would allow them to rely less on their limited carbohydrate stores during exercise and more on their nearly-limitless stores of fats. If this was to work for a given endurance athlete, they would be capable of going for longer without hitting the metaphorical wall of fatigue, exhaustion, dizziness, and lethargy associated with depletion of carbohydrate stores during prolonged, intense exercise/ race. In theory it works very well. Unfortunately, studies exploring the effects of fat adaptation on exercise performance in the athletic population are limited and the question remains unanswered. However, what we do know is that looking through the evidence base to date, a combination of carbohydrates (generally normal-high levels) and fats for fuel (so not fat adapted) have yielded better performance results for the athlete in endurance-based training and sport events trials (Bartlett et al. 2015; Burke et al. 2011; Stellingwerff 2013).

If low-carbohydrate diets don’t improve performance in endurance exercise, what are other uses they might have?

During off season or sustained periods of lighter training (often used to give the body a break from continuous high levels of training), the use of a LCHF diet can work very well to help maintain weight or reduce fat mass with the goal of an improved body composition for competition. LCHF diets paired with a calorie-controlled intake provide a promising method of helping control body weight and fat mass while maintaining lean body mass (Volek et al., 2002; Zajac et al, 2014). However, this is more suited when making weight is a consideration for the athlete and not advised when performance is a priority. For the recreational athlete, where performance (and competition) is not the main objective, the LCHF dietary pattern may be suitable for maintaining physique while still reaching training goals.

So, what’s the verdict?

The research to date favours the use of a more traditional, HCLF dietary approach for overall endurance performance. However, individual differences between athletes should also be a consideration and carbohydrate intake should meet the purpose and need of training/performance.

There is no one-size fits all approach; there is no “perfect” or “ideal” dietary approach for endurance athletes. Few athletes understand exactly why and how adjusting their dietary intake in line with their training programme can optimise their performance i.e. increased carbohydrates on heavy training or double session days will increase performance and recovery while reducing carbohydrates on rest day is more beneficial. 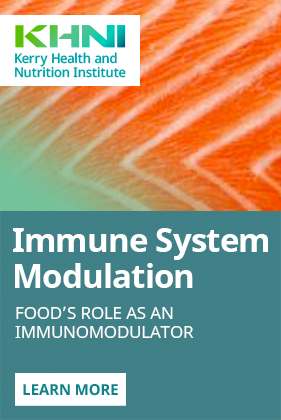