Have Consumers Changed How Much Sodium They Purchase?

Reducing sodium intake to promote vascular health has been a key public health initiative for decades. Awareness campaigns and reduction in sodium content of packaged foods by food manufacturers have been the main strategies of this public health initiative. In a recent study, researchers at the University of North Carolina asked the question “Did the amount of sodium in US households’ packaged food purchases change in the past 15 years?” to determine how successful these sodium reduction initiatives and awareness campaigns have been.

The study used data from United States Nielsen Consumer Panels from the years of 2000 to 2014 (172,042 households). Researchers found that the average daily sodium purchased by households decreased by 396 milligrams. This decrease is likely due to a combination of manufacturers decreasing the amount of sodium in foods, as well as consumers choosing products with lower sodium as awareness of sodium’s role in health becomes more widespread.

The recommended upper limit of sodium intake is 2,300 milligrams per day, but the average person consumes much more than that in a day, on average. The decrease in sodium purchased from packaged foods and beverages from 2000-2014 found in this study shows progress toward healthier sodium intakes, but the study authors note that there are still more than 98% of households purchasing foods and beverages too high in sodium. In addition, the study does not account for sodium from foods purchased away from the home, which accounts for more than 40% of food purchases.

Further sodium reduction in foods and beverages across all sectors, combined with continued education on the health impact of excess sodium intake, will be key to continue the success demonstrated in this study for years to come. 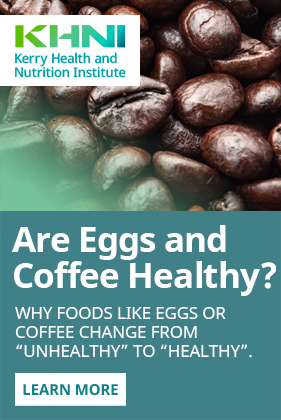 Snacking: Indulgent or Essential to a Healthy Diet?